“Take the Money and Run!” 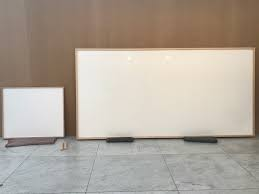 Let’s start things off with a fun dad joke: “What did the janitor say when he jumped out of the closet?” “Supplies!” (Source: countryliving.com). I found that amusing.

Now, I want to talk about a humorous news story I came across. According to CNN, there was a Danish museum that lent artist Jens Haaning the equivalent of $84,000 to make two pieces of art. The pieces were intended to be recreations of two of Haaning’s previous works, which displayed framed bills. However, what Haaning delivered was a bit different. Rather than two frames full of money, he gave the museum two blank canvases, titled “Take the Money and Run.” Boy, would I pay to see that! On a serious note, this poses a very interesting question about what can be considered art. Personally, I think what Haaning did was very creative and it showed the lengths that people are willing to go for money. He believed that, with the costs of staff and an art studio, he would have lost money on the project. So he cut his losses and just kept the $84,000. Still, I cannot believe he actually submitted two canvases called “Take the Money and Run!” That’s genius! He very easily could have just skedaddled with the money without another word. However, Haaning saw his opportunity to go down in history and he seized it; we have to give him props for that.

Another news story, originally from UPI, is about a Texas man who was caught using a carpool lane without a passenger in the car. Well, without a living one, that is… this man’s passenger seat was filled not by a human, but by a plastic Halloween skeleton. He had even adorned the skeleton in a hat to add to the facade. If that’s not innovation, I don’t know what is! This man was in a hurry and had no excuse to go in the fast lane, so he figured, Screw it. Let’s break out the Halloween decorations. The creativity flowing through his veins is immeasurable.